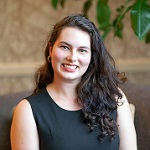 How did you get involved with this mentoring program/mentor and why did you decide to participate as a mentee?

The mentoring relationship that I have with Dr. Hammond has formed over the past three years. He was my introductory economics professor the Fall semester of my freshman year. As I became deeply interested in economics, in large part due to his teaching, I approached Dr. Hammond during office hours one day to ask if I could do research with him. As a first year student, I fully expected him to say no, but I decided to ask anyways. The worst he could say was no. When I asked him for research, he said that he was not conducting any research at the time, but instead offered to do an independent study with me. I later discovered that I was one of the first freshman students that Dr. Hammond agreed to do an independent study with. Needless to say, I was deeply honored and this independent study turned out to be pivotal to my college career. Once the independent study began, the mentoring relationship truly began.

Give an example of a significant conversation you’ve had with your mentor. What did you learn?

Any conversation that we had during that first independent study were significant as have many conversations over the past two years been equally as important, but those initial conversations molded and shaped my future thinking. Each week, I would read a piece by an economist and then write a five to six page paper on the work. We would sit down every Thursday and discuss the ideas that each economist wrestled with. Each one of these meetings encouraged me to push forward and to continue to pursue knowledge. Through these conversations, I was able to discover my passion for economics and my fascination with property rights. Through these conversations, not only did I learn a great deal about economics, but I began to understand a framework that I could use to think about issues.

How have you benefited personally from being in a mentoring relationship?

Dr. Hammond has opened so many doors for me to continue to pursue my passion for economics; he recommended me for conferences during the summer between my freshman and sophomore year where I made connections that I am still using, he was able to connect me to student groups interested in economics issues which I have now become a leader in, and he directed me to other faculty members who share similar passions for the subject which has led to numerous research opportunities. More importantly, however, he gave me the confidence to continue to pursue my interest in economics. Finally, I feel as though I have someone who is looking out for my best interests and wants to see me succeed.

What impact has this mentoring relationship (or with other mentors) had on your Wake Forest student experience?

My Wake Forest experience would not be the same without this mentoring experience. I have had a fantastic experience at Wake, but it would not have been as valuable without my mentoring relationship with Dr. Hammond or with Dr. Otteson in the business school. I feel connected with my major and ultimately with Wake as an academic institution. These relationships make my education more valuable and meaningful.

Why is mentoring important to you?

Mentoring gives students the confidence to pursue their goals. They help to shape their thinking and to encourage them as they begin to discover where their career will lead them. Mentoring is particularly important to me because my mentors have served as guides through my college experience. Without them, I would not have had as successful a Wake career and I would lack a path to pursue post-graduation.